Proof-of-stake(PoS) is coming to Ethereum! The upgrade to proof-of-stake for Ethereum has been in the works for years; now, its advent is finally here! The Merge has been planned for the Ethereum mainnet between 15-20th September 2022 after successfully upgrading all open testnets.

Ethereum is a platform that enables the creation of decentralized apps and businesses and asset keeping, trading, and communication. You retain control over your data and what is shared, so using Ethereum doesn’t need you to give up all of your personal information. Ether, commonly known as the ticker symbol ETH, an Ethereum-specific coin, is used to pay for some services on the Ethereum network.

With some significant distinctions, Ethereum was introduced in 2015 and built on Bitcoin’s innovation.

Both allow you to use the digital currency without banks or payment processors. On the other hand, since Ethereum is programmable, you may create and run decentralized applications on its network.

Ethereum is more like a marketplace of financial services, games, social networks, and other applications that respect your privacy and cannot censor you, in contrast to Bitcoin, which is only a payment network.

Ethereum’s transition from a Proof of Work (POW) to a Proof of Stake (POS) consensus blockchain is almost here, presenting immense opportunities for proof-of-work altcoins, particularly CPU-mined ones.

Following a series of testnets for the past two years, the “Merge,” which is the last iteration in transitioning Ethereum into a PoS network, is expected to take place in just a few months ( Ethereum co-founder Vitalik Buterin has predicted August if all goes well).

There are two ways in which The Merge differs from earlier network upgrades. The consensus layer (CL) and execution layer (EL) clients of node operators must first be simultaneously updated rather than only one of the two. Second, the upgrade is activated in two stages: Bellatrix at an epoch height on the Beacon Chain and Paris when the execution layer reaches a particular Total Difficulty value.

There are two steps to The Merge. The initial phase is an epoch height-driven network upgrade called Bellatrix on the consensus layer. Then, the execution layer switches to proof-of-stake, or Paris, which is prompted by a particular Total Difficulty threshold known as the Terminal Total Difficulty (TTD).

The Bellatrix upgrade is required to initially turn on the transition, referred to as The Merge, on the Beacon Chain. After that, when a specific Total Difficulty value is reached, the proof-of-work chain will switch to proof-of-stake. Here are the events of The Merge as they will occur according to the Ethereum Foundation:

The Exodus of Ethereum Miners

Just like the mass exodus by China-based miners in 2020 following China’s crackdown on proof-of-work mining, the Merge will inevitably see the $19 Billion Ethereum mining industry disappear, forcing miners to repurpose their GPUs to mine other proof-of-work altcoins. As of writing, GPU prices have slumped by over 50% and have been flooding the market as fears of being left holding onto useless rigs after The Merge mount.

Moreover, Ethereum miners have been shutting down their equipment following a plunge in mining profitability. The drop in ETH price has brought this about while the hash rate kept soaring. It is now cheaper to purchase ETH at the spot using the money that could have been used to offset electricity bills.

That said, whereas GPUs will find a home mining other proof-of-work altcoins, mining them may be economically unsustainable for most existing Ethereum miners, rendering some miners out of business. Furthermore, with mounting environmental and regulatory concerns, miners may need to pivot towards coins that utilize the cheapest energy sources to remain profitable.

So, where do all these miners go with all these forthcoming inevitabilities?

Just like the mass exodus by China-based miners in 2020 following China’s crackdown on proof-of-work mining, the Merge will inevitably see the $19 Billion Ethereum mining industry disappear, forcing miners to repurpose their GPUs to mine other proof-of-work altcoins. As of writing, GPU prices have slumped by over 50% and have been flooding the market as fears of being left holding onto useless rigs after the Merge mount.

Moreover, ETH miners have been shutting down their equipment following a plunge in mining profitability. This has been brought about by the drop in ETH price while the hash rate kept soaring. In fact, it is now cheaper to purchase ETH at spot using the money that could have been used to offset electricity bills.

That said, whereas GPUs will find a home mining other proof-of-work altcoins, mining them may be economically unsustainable for most existing Ethereum miners, rendering some miners out of business. Furthermore, with mounting environmental and regulatory concerns, miners may need to pivot towards coins that utilize the cheapest energy sources to remain profitable.

The WHIVE protocol presents a once-in-a-lifetime opportunity to stranded ETH miners as well as people mining other coins but feel inhibited to earn better rewards because of the high mining costs.

Whive is an open-source & peer-to-peer Proof of Work blockchain protocol that incentivizes the building of sustainable distributed energy solutions through trustless rewards powered by a “yes-power algorithm.”

The protocol is built parallel to the Bitcoin code and requires miners to solve a Proof-of-Work (PoW) mathematical block to identify the next block on the chain. Successful miners are rewarded with “WHIVE” tokens.

What Are the Benefits of Mining WHIVE?

Unlike most proof-of-work coins which require a lot of energy to mine, WHIVE disfavors hardware with graphics Processing Units or (GPU) or Application-specific Integrated Circuit (ASIC) hardware, thereby using less energy.

Whive utilizes Yespower to enable low-power, less expensive computing devices containing CPU to identify new blocks and be rewarded with WHIVE tokens. It disfavors the more expensive, high-powered hardware with GPUs. It means anyone can deploy gadgets such as phones and personal PCs that are relatively cheap and accessible to mine and generate rewards anywhere. Today, over 20 countries around the world are organically mining WHIVE tokens, including in some of the most remote and economically deprived regions.

One can mine in two ways: solo mining or cloud mining. So far, there are seven mining pools for Whive, with the network’s hash rate sitting in the 15MH/s range as of 20th June 2022.

Setting up a mining node for Whive is easy as all that is required is a PC and following a set of instructions found on the project’s website.

The Whive protocol has a total capped supply of 100,000,000 WHIVE tokens. The fixed number of coins ensures a disinflationary issuance policy similar to Bitcoin, meaning that WHIVE  tokens will continue to become scarce as demand and utilization pick up.

What’s more? Unlike other coins, WHIVE will not even need a “coin burn” mechanism as its supply is already too small –in less than two years, over 23,000,000 coins have already been mined!

Just like Bitcoin, The Whive block reward will depreciate by half every four years resulting in the last WHIVE coin being issued over a century from now.

Transparency and Integrity, No Monkey Tricks

The Whive protocol is a community-driven project with transparency and integrity core values. From the onset, Whive developers had no pre-mining policy to give every miner an equal opportunity to earn rewards for their work.

Furthermore, over 10,000 Whive community members, “The Whive Swarm,” are actively engaged in Discord, Telegram, and Reddit, where unethical behavior is forbidden to keep the community focused on the project’s goals.

The project’s team of developers is also keen on keeping a publicly viewable GitHub repo, enabling users to track the Whive’s development. Whive’s real-time data can also be followed on CoinMarketCap, CoinGecko, Nomics, Coinpaprika, and Coinbase.

Whereas anyone can mine WHIVE, monetizing the coins is another issue. Listing a coin on exchanges, especially with the rise of scam projects, is not an easy feat. However, given the authenticity, long-term goals, and evident commitment of the Whive community, WHIVE has been listed on several Centralized Exchanges (CEXs).

These include P2PP2B, Dex-Trade, and Alterdice, with more on the way. Miners can easily buy, sell or swap their coins, providing the much-needed liquidity to support the project.

You would also want to mine coins before they go mainstream and are discovered so you can benefit from price appreciation. However, you would need to Do Your Own Research (DYOR) before making your decision.

Bitcoin Is the New Reserve Currency of the Central African Republic

Central African Republic (CAR) has passed legislation that immediately proclaimed Bitcoin as the country’s official reserve currency. The announcement was made during a press conference this morning by Michel Djotodia, the president of CAR, who Read more… 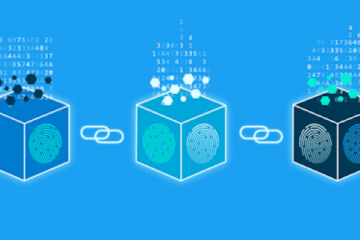 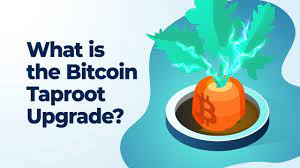 Taproot and the Whive Protocol: What’s the Connection?

When investors, analysts, and executives think about blockchain technology and the future crypto, one question keeps coming up over and over again: what does taproot mean for the Whive Protocol? This article will look at Read more…